Damage To the Pituitary Gland After Head Injury

Car collisions, sports injuries, and other accidents that cause severe traumas can produce long-lasting health complications. While some of these may be as obvious as a broken leg, many injuries occur internally. One of the most common internal injuries suffered by accident victims is traumatic brain injuries or TBIs. However, TBIs are not the only type of damage you can sustain.

Pituitary gland damage is another common, yet the little-known effect of head injuries. The pituitary gland plays a crucial role in the regulation of different biological processes and it can suffer from severe damage after an accident. 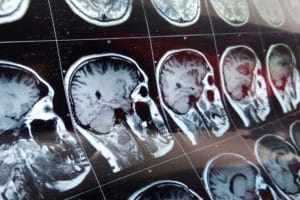 Below, we’ll go over everything you need to know about pituitary gland damage and what accident victims can do about this type of injury and if you should get in touch with our lawyers.

What Does the Pituitary Gland Do?

The idea that the pituitary gland is the “master gland” has been generally accepted in the medical world for decades.

In simple terms, the pituitary gland generates a large portion of the hormones in your body, which in turn regulate an array of other organs and functions. This part of the endocrine system produces different hormones, including but not limited to:

All of the hormones above play an important role in emotional well-being, energy levels, and other areas that directly affect your quality of life. Damage to the pituitary gland can disrupt these processes and produce symptoms that are similar to a TBI.

Difference Between the Symptoms of Pituitary Gland Damage and TBIs

Most people associate head injuries with TBIs, and for good reason. Traumatic brain injuries can produce short and long-term complications that can cause cognitive, emotional and physical damage. However, even though they have similar symptoms, TBIs are fundamentally different from pituitary gland damage.

The brain is composed of different parts that can suffer damage during a traumatic collision. These include the corpus callosum, cerebellum, and the frontal, occipital, parietal as well as the temporal lobes. Common physical symptoms of a TBI include chronic headaches, loss of coordination, numbness in different parts of the body, low energy levels, and convulsions in severe cases.

In pituitary injuries, the gland itself isn’t damaged. Instead, the hypothalamus, which is a network of neurons that regulate hormone release in the pituitary gland, is usually the affected area.

The hypothalamus, which connects the endocrine and nervous systems, can be twisted, torn, or otherwise harmed during an accident. This can produce damaged hypothalamus symptoms like hormone deficiency, which may lead to fatigue, blood pressure problems, unexplained weight fluctuations, low libido, growth deficiencies, and other negative signs.

The Relationship Between Accidents and Pituitary Gland Damage

The pituitary gland is located deep within the brain, so it’s somewhat protected from damage caused by some impacts. Unfortunately, the hypothalamus can easily be damaged due to its fragile, stalk-like structure.

When the brain shifts inside of the brain due to a collision, the damage may produce reduced neuron and blood vessel function, which in turn can cause necrosis in parts of the hypothalamus. This directly affects the performance of the pituitary gland, producing hormonal deficiencies and other symptoms.

Benefits of Working with an Attorney Who Understands Pituitary Damage

Pituitary gland injury victims aren’t always aware of the type of damage they have suffered. People who are experiencing mood swings, low energy levels, and other symptoms consistent with pituitary damage after an accident may be tested for a TBI, but the results usually show little to no brain damage. This is primarily due to the fact that conventional imaging is not sensitive enough to “see” this type of injury. For this reason, it’s common for pituitary gland injury victims to be labeled as dishonest or be accused of exaggerating the symptoms.

By working with a pituitary injury attorney, you can help identify this type of damage and seek compensation that will allow you to find a long-term solution to your problem.

Furthermore, the benefits of working with a pituitary gland injury lawyer include:

Knowledge of the Legal System

The legal system can be extremely complex, especially when dealing with insurance providers and third-party negligence. A seasoned law firm can help you handle the different proceedings and all the paperwork that comes with a legal dispute. Deep knowledge of the legal system can also expedite your case and help you collect the necessary evidence to build a strong case.

The Ability to Explain the Effects of Pituitary Gland Damage

Besides knowledge of the legal system, being able to explain the potential effects of pituitary gland damage also increases your chances of success. Damage to the pituitary gland after a head injury may result in hormonal imbalances that produce psychological and physical symptoms. Your attorney should understand these and be able to explain them to the responsible parties to ensure that your compensation is large enough to cover all the possible expenses.

A percentage of accident victims develop pituitary dysfunction after traumatic brain injury. This is a condition that may potentially require hormonal therapy and monitoring over the course of decades. By working with an experienced pituitary gland injury lawyer, you’ll ensure that all these medical bills are included in the compensation you’re seeking and the compensation you deserve.

Pituitary gland injury may be as common as TBIs, but differentiating between the two is not always simple. The tips above should help you understand pituitary gland damage and learn about the benefits of contacting a specialized attorney.

If you want to find out more about working with a pituitary gland injury attorney, contact us at Shea & Shea and book a consultation today.

Related Posts: A Mild Traumatic Brain Injury Can Lead to Major Problems What Should You Look for in a Personal Injury Attorney? What Are the Leading Causes of Truck Accidents?
Share on: